The speed in which the human mind can process thoughts is truly amazing.  In less than a split-second, a person can have dozens of clear, independent thoughts along with the capacity to make fairly good decisions.  For me, my final thought before I saw the explosion of white light was, ‘What are they doing with a hockey stick in Cape Town?  It’s too warm here!’. 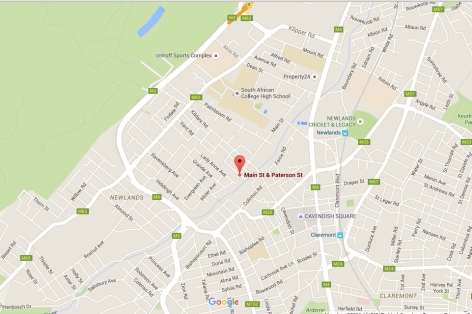 Earlier that evening in a quiet, affluent neighborhood of Cape Town called Newlands, my colleague and I went out to dinner at an upscale restaurant called Wijnhuis.  We had a fantastic meal along with a couple bottles of South African wine.  The house we had rented was close and the night was cool and calm so we had decided to walk.  We were excited about finishing up a project the next day and were having a informal pre-celebration.  The mood was light as we made it back to the house after dinner.  Actually, the house was more like a small compound complete with a pool, small cottage and a full-time maid.  It was much more than we needed for being on business. 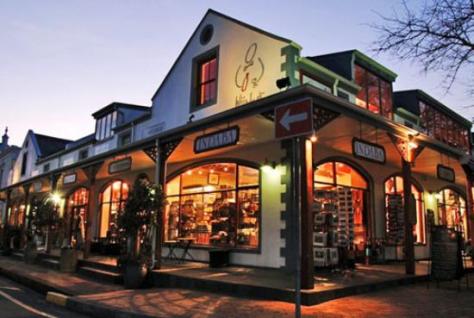 The neighborhoods in Newlands are filled with these types of houses.  Each individual property is surrounded by high walls with some sort of barrier along the top.  Some have razor wire fencing but most have colorful bottles that have been broken and cemented upside down into the top of the wall.  It’s a very nice neighborhood with narrow streets and beautiful trees.

After getting back to the house, I am upstairs doing something and Matt is chilling out by the pool.  The names were going to be changed “to protect the innocent” but in fact, his real name is Matt.

Suddenly, I hear a car window being smashed followed by the shrill car alarm.  Matt screams out, “Did you here that?”  Our house was on the corner of Main and Paterson Street and this alarm was coming from the Paterson street side.  I forget that I’m not home in Katy and made a dash out the gate on the Main street side.

After rushing to the corner, I was met by a car backing up from Paterson.  We met in the middle of the intersection where we both stopped at the same time.  I was one step from the back bumper.

It seems odd that the perpetrator would stop like this and I’m thinking to myself, ‘maybe these people saw something’.  As I am wondering about this, all of the doors open simultaneously and four guys explode out and instantly converge on me.  One of the guys jams a gun to the side of my head while the other three guys start trying to get me in the car.

My brain instantly evaluated millions of options and decided that getting into that car was the very last option.  This was the first in a series of very clear split-second thoughts. I accepted that I would die right there with a gunshot to my head before I was getting into that car.

So down on the street we all went.  From outside the tangle, it must have looked like five cats in a violent fight.  Where you can see that the cats are having a massive fight but things are moving so fast that identifying individual movements is impossible.  I was yelling, hitting, cussing, swinging and kicking as these four guys are trying to drag me into this very small car.  I could feel myself landing some good punches but it just seemed like a never ending fight.  Two of the guys were pulling my legs toward the call and I kept kicking them off.  Then came split-second thought #2 – Where the hell are the neighbors?  Why is no one coming out to help me?

As time goes by, my fear turns to rage and I am so mad that these guys that they think they are going to take me.  I have a sense that if I can hold off just long enough, the cops will surely come.  After all, this is a really nice neighborhood and the cops must be close.  At least the neighbors are calling for help…surely!!  This would be split-second thought #3.

The guys must have been thinking the same thing because as if on cue, they decided to retreat.  Before they did, one guy gets my wedding ring and while I see in my peripheral vision that another guy is coming back from the car with a stick.  The next thing I know, I recognize this hockey stick coming down full force straight at my head.  It’s funny because I think to myself, ‘my boys have a hockey stick just like this one’.  It was a wooden stick with a thick black plastic head.  This is split-second thought #4.

I am able to dodge the first blow but I don’t avoid the second one.  The stick cracks into my forehead and I see nothing but a bright white flash.  It was as if a lightning bolt made a direct hit on my head.

I’m not sure how much time goes by but my next memory is seeing all the neighbors hovering over me in a great panic.  The cops are there now and I also see Matt.  The next thing I remember is Matt saying, “Man, we’ve got to get something on your head”.  I feel no pain but I do see this Monty Python’s-like blood stream shooting all over me and the pavement.   I reach up to my forehead and feel how wet it is.  Like I just came out of the shower. I thought, ‘How could this much liquid be blood?  Surely this is water.’.

Matt appeared with some kind of cloth to put on my head and the cops immediately begin the interrogation.   “What did they look like?  What did they want?  Where did they go?  How did you get into this encounter?”  Why were you out here by yourself?”  I was barraged with questions at a machine-gun-fire speed.  I was now turning my anger to the cops and the neighbors and remember being severely disoriented.

I ended up going to the hospital for treatment of the gash on my head.  It took a few hours for things to calm down, get back to the house and try to shake off all of the adrenaline.  Soon, it would be time to go to work and close out the project.  Matt and I talked for a long time and he told me that he had watched the whole event by peaking through the slightly opened gate.

In the end, the things that I thought were the most odd were;

The Project Team at the Close Out celebration 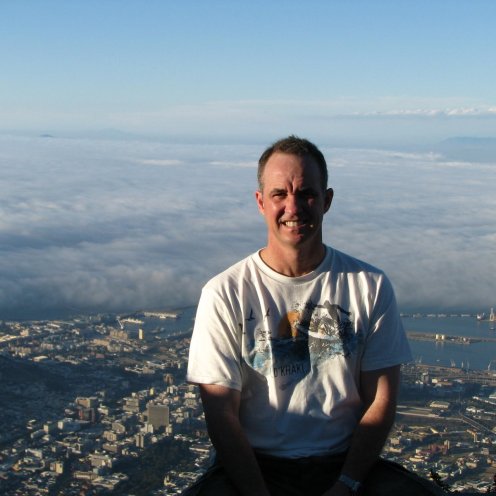 Me from Table Mountain 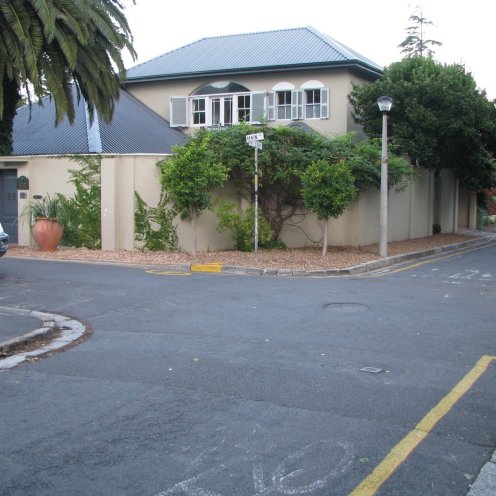 Street view of our house…scene of the crime!