“Why the hell don’t those guys behave themselves”, was my thought while sitting at the departure gate in Kuala Lumpur waiting to fly to Phuket Thailand.

It was a hot fall afternoon on a Friday and I was waiting for the AirAsia flight to Phuket.  From there, I would fix a taxi to Patong Beach for some solo weekend R&R.  Across from me were these 20-something big blonde guys tussling and rough-housing like they were 12 years old.  I hated these guys immediately.

On board the plane, I sat next to a young Thai woman about 20.  A complete stranger and complete coincidence.  We did not speak a single word to each other after the normal pleasantries while boarding.  Across from me, guess who?  Yes, it was these pain-in-the-ass big knuckleheads still acting like big puppies just released from the kennel.  They were scooching over each other taking turns looking out the window, laughing, talking really loud and just being happy.   I still hated them but for reasons I didn’t know why.  Maybe it was there excitement, maybe it was just my bad mood.

I was finishing up a long two-weeks of work in K.L. and looking to go somewhere for the weekend.  I had never been to the Thailand coast and thought Patong Beach would be a nice getaway.  I had researched it and it was a small little beach town not far from Phuket.  A few years back, this town had been swallowed up by a tsunami that took everyone by surprise on Christmas day.  Seeing the rebuilding and hearing the stories would also be interesting, I thought. 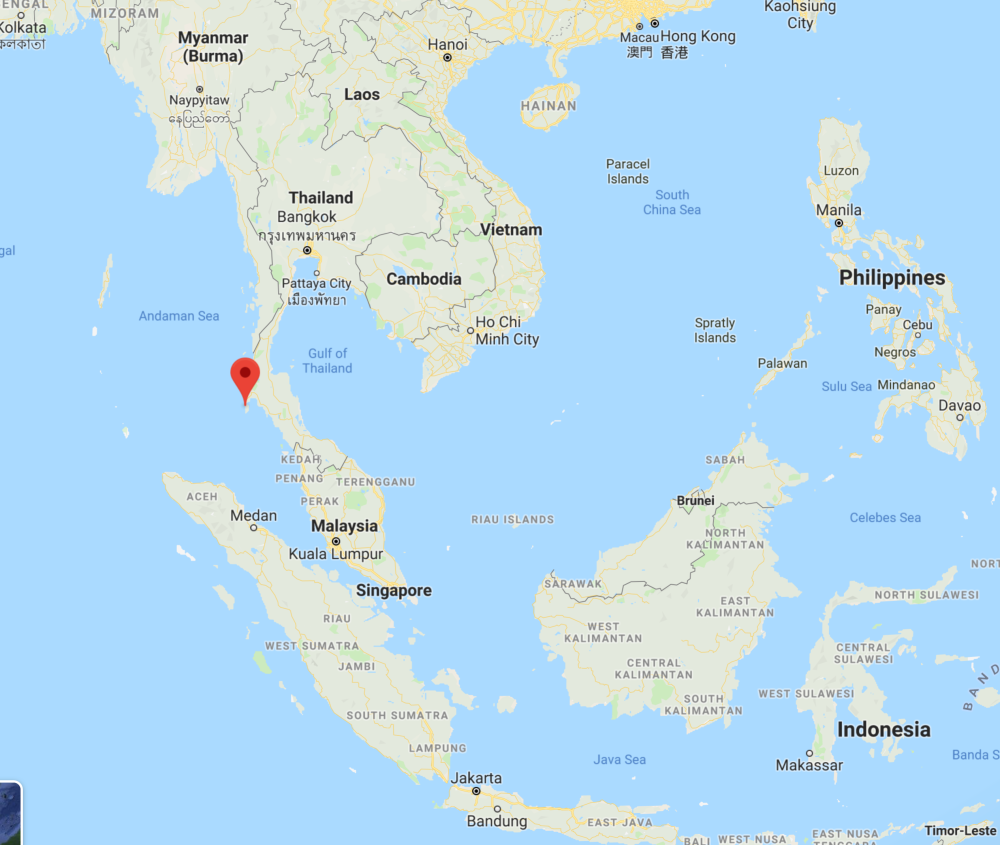 Anyway, back to the big puppies.  I began to feel a little guilty of my harsh judgement of these two and felt that I needed to make amends.  It’s funny, because these guys had no idea of my thoughts.  But for me, I felt compelled to make things right.

“So, that’s a really nice watch”, I said to the one sitting to my side.

“Thanks man, I just got it today.  My brother and I just closed the biggest deal of our business so I got it as a small reward”.   He went on to say, “are you and your wife going to Phuket for holiday, or do you live there?”.

I thought to myself, “WOW, has he got it wrong!  But what a nice guy”.  It goes to show how wrong first impressions can be on both sides.  I looked at my seatmate and wondered how he could ever think this was my wife…and then I remembered, yeah, we are going to Thailand, of course he thinks it’s my wife.

I told him that that was not my wife and I didn’t even know her.  I went on to explain my situation about wanting to just explore a new place over the weekend.

Brother two noticed the conversation and decided to chime in.  “Hey, Patong Beach is where we live.  We can give you a ride down there”.

Man, I really had these two sized up wrong.  They were incredibly nice guys.  They introduced themselves as Thomas and Tobias Byman from Sweden.  They had visited Thailand nine-years back and decided not to go back home.  Instead, they would set up a business and stay in Thailand.  And today had been a milestone day for their business.  They had booked a major deal all the way in Malaysia.  After that, we all got comfortable and chatted it up for the remainder of the flight.

I was a bit behind them in the immigration line and got second thoughts about them waiting for me.  I wasn’t really sure that they would stick around.  To my surprise, there they were on the other side, waving at me to come on when I got through.s

Once getting through, away we went to their car.  They had a black second-hand black BMW that we loaded up and hit the road.  I remember jamming to Snoop Dogg & Dr. Dre, Gangsta song as we struggled to find a gas station that sold CNG.

We rolled up to my hotel about 5pm and as I was unloading my stuff, they insisted that I hang with them through the weekend.  They were in the hospitality business and knew all the cool places and people.  We would surely have a great time.  To this offer, I gladly agreed.  This was very, very cool and especially coming from two guys that I unjustifiably couldn’t stand just a few hours before.

We agreed to meet up at Nickey’s Biker Bar that evening to have some food and beers and then go from there.

At Nickey’s we ate and drank and got to know each other.  They told their story of being twins and very close.  They loved Thailand and considered it their new home.  They had a growing business and were in good with the locals.  Life was good for Thomas and Tobias.

Well, the weekend was somewhat of a blur…lots of bars, lots of fun people and lots of great experiences.  It turned out to be one of the best spontaneous happenings of my life.  Before the weekend ended, we exchanged contact info and Facebook connections and have managed to stay in touch for many years later.

I always told them that I was going to add their story to my book and for some reason, have taken a very long time to sit down and write it out.  I think that I was afraid that my writing skills could not do adequately reflect the amazing time and friendships that were made.

Thomas and Tobias, thank you for your friendship!

Stray dog under my table at the beach 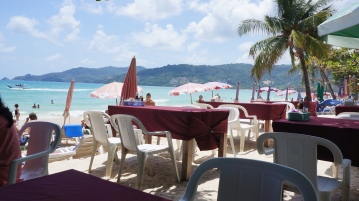 hangover time the next day 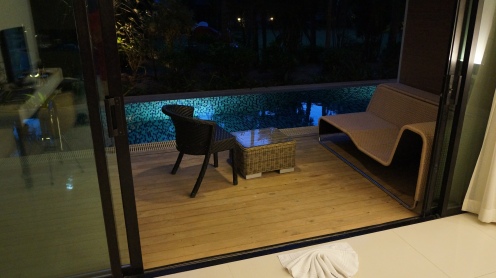 my room with my own pool 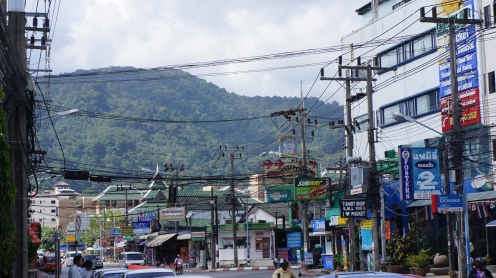 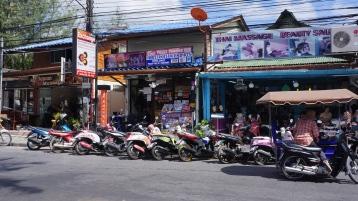 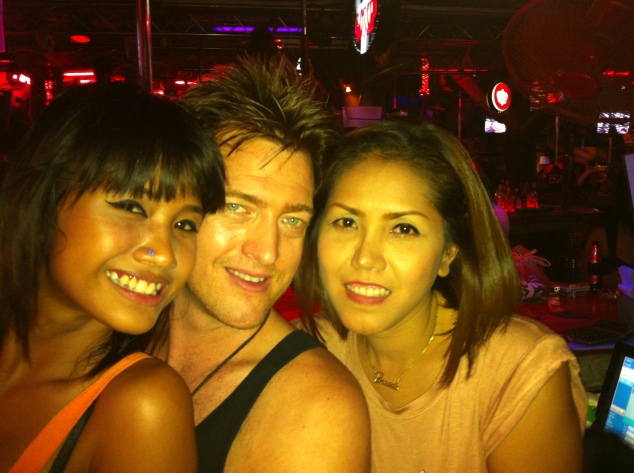 Thomas and his clients